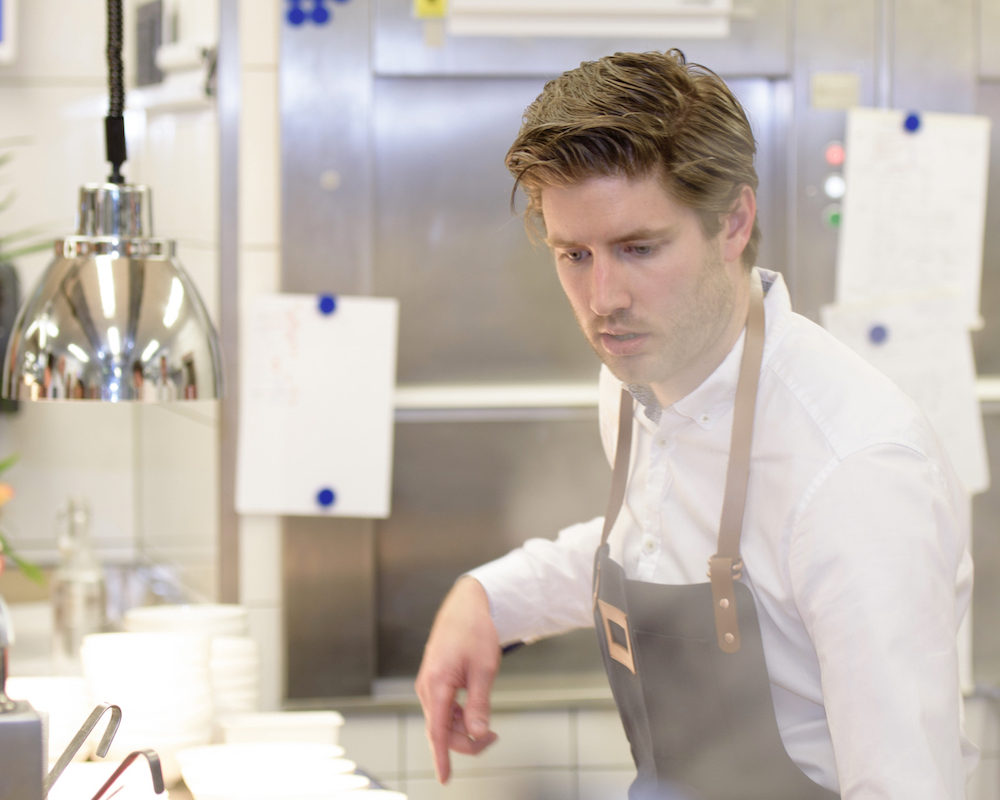 makes his mark on the Austrian culinary scene

Since joining the Hotel Tannenhof kitchen team in December 2015, James Baron has already made a name for himself as one of the top chefs in the Tyrol. In his first year at the five-star superior hotel James has been awarded numerous culinary accolades, including most recently being awarded an exceptional 18 points out of a possible 20 by the highly respected Gault Millau restaurant guide, making Tannenhof the top restaurant in the west of Austria.

Gault Millau commented: “James’ cooking is traditional yet unusual at the same time, he skillfully plays with textures and manages to bring an element of excitement to each dish“. In addition, the Grand Restaurant & Hotel Guide has voted him “Austrian Chef of the Year 2017“ and the Schlemmeratlas named him one of the ‘Best 20 Chefs in Austria‘.

James brings to the kitchen a wealth of experience from Michelin-starred establishments, including Schloss Schauenstein in Furstenau, where he trained as sous chef under the three Michelin-starred chef Andreas Caminada and the two Michelin-starred restaurant at Hotel le Terminus of Didier de Courten as Chef de Partie. Now James heads up his own team at the boutique hotel, well-known for its top-class gastronomy. With his exceptional culinary skills and artistry the British chef continues to uphold this tradition, rightly illustrated by his recent achievements.

Here you can find the electronic press kit for star chef James Baron. Just type in your password and enter the download area!
Go To Download Area